Warning
Our new website is optimized for the most current web browsing technology. If you are using an older web browser, part of our website may not function properly as designed. Please consider upgrading your browser for an error free experience. 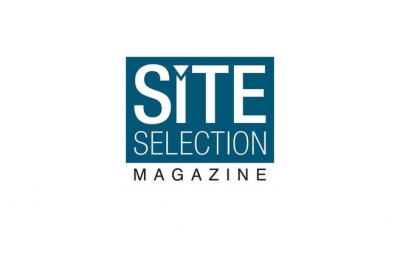 Today, Site Selection announced Louisiana ranks among the Top 10 states in the U.S. for best business climate for the 10th year in a row. The magazine ranked Louisiana No. 10 in its 2019 analysis of the top locations for business investment and job creation. Georgia, North Carolina and Ohio held the top three spots in the magazine’s Top Business Climates ranking.
Site Selection bases its business climate ranking on both survey and performance measurements. Half the score results from a survey of corporate site selectors who are asked to rank the states based on their recent experience of locating facilities in them. The other 50 percent is based upon an index that includes total new projects year-to-date, both overall and per capita; state tax burdens on new and established companies; and performance in Site Selection’s annual Prosperity Cup ranking.

“Today’s ranking by Site Selection affirms Louisiana’s strength as a state with a strong and welcoming business climate,” Gov. John Bel Edwards said. “Through a mix of our highly skilled workforce, a world-class infrastructure, a cooperative state government, and bonds forged between employers and our higher education community, Louisiana ranks among the very best places to do business in the world. We have made tremendous progress in moving our state in the right direction, and we will remain vigilant in ensuring our people have new opportunities and that businesses can thrive in Louisiana.”

Since January 2016, Louisiana has attracted over 175 major economic development projects that are resulting in more than $41 billion in new capital investment for the state, along with more than 35,000 new direct and indirect jobs. The project wins also have retained over 34,000 existing jobs at expanding employers in the state.
Earlier this year, Site Selection magazine ranked Louisiana No. 2 among U.S. states for infrastructure investment that supports economic growth. Additionally, Southern Business & Development ranked Louisiana No. 2 in the South for the strongest economic development results, and Area Development magazine placed Louisiana No. 8 in its Top States for Doing Business ranking, the ninth consecutive Top 10 ranking for Louisiana in that annual report.

In July, Business Facilities ranked LED FastStart® as the nation’s No. 1 state workforce program for a landmark 10th year in a row. Business Facilities also placed Louisiana in the Top 10 for multiple categories in its 2019 Rankings Report, including economic growth potential, foreign trade zone activity, cybersecurity growth potential and low industrial electric rates.
“Once again, Louisiana is a Top 10 state for best business climate, reflecting our efforts to sustain and grow the momentum we have established,” said LED Secretary Don Pierson. “Thanks to the committed support of our elected officials, professional economic developers, and civic and business leaders throughout our state, we are winning major projects and bringing new opportunities to all parts of Louisiana. This ranking is a recognition that we share with all of our partners as we continue to diversify our economy and encourage businesses around the world to invest in Louisiana.”